In this episode, Cameron is interviewed by Buck Grant on his informative show, “The Fight Focus Podcast.”

Cameron Shayne is the founder of Budokon, a Mixed Movement Art that includes martial arts, calisthenics, Mobility, and yoga. I trained with him over a month ago during a 5-day immersion for mobility work and got to know him quite well during that time.  His team is coming off of a vital MMA win. Rafael Lovato Jr, a world champion black belt who cross trains with Cameron just won at Bellator in a pivotal fight for his career. I had the honor of sparing with him while I was out there, along with the like of UFC TUF Veteran Josh Burkman and Hall of Fame BJJ practitioner Xande Ribeiro. These and many other high-end fighters are gravitating towards Cameron and in this episode of the Fight Focus, we discuss why.

1. Fighter vs martial artist (the value of a black belt fighter.) character

3. Born Fighting. How every sport is a fighting art, INCLUDING BASEBALL. (Athletic competence.)

4. Beliefs and Constructs. Why nothing is REAL. Why do we have a structure like styles and belief systems? (Black belt system measurable progression.) Movement Matrix Lineage Systems.

5. Why did you create Budokon? MMA-The progression of efficiency but the regression of character.

7. In your exploration of human consciousness, what new paradigms if any have shifted your perspective on things?

8. Why should Yogis do martial arts? Survival and thrive with it.

9. Fuck Budokon? Sleeping with Students and The anonymous Yogi. 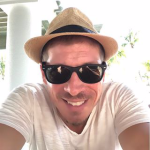